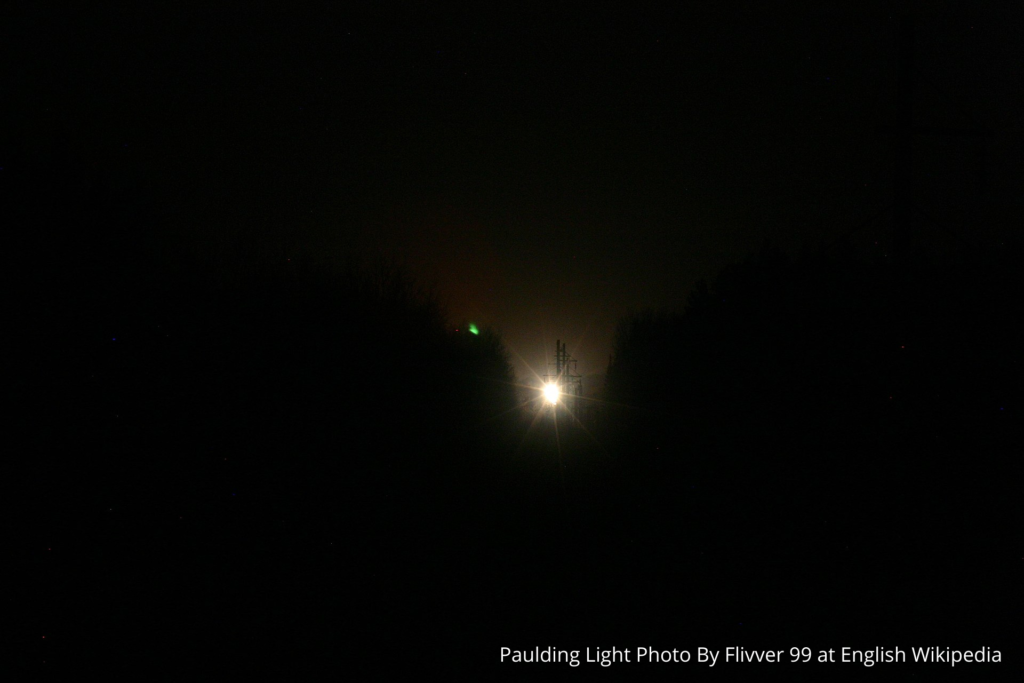 Most people have heard of the Northern Lights. But far fewer people know about the local mystery known as the Paulding Light.

For those brave enough to venture just over the northern Wisconsin border to the Upper Peninsula of Michigan, adventure and mystery are in store in trying to unpack this elusive phenomenon.

The Paulding Light is known by many names, including the Lights of Paulding, the Watersmeet Light, the Dog Meadow Light or the Mystery Light. 12 miles north of the Wisconsin border, those bold enough must turn down a gravel road, venture up a hill and wait for a glowing orb of white light to make itself known.

The quality and form of the light seems to depend on the visitor and the time of year. Some visitors have described a soft light that remains unchanged. Sometimes it flickers and disappears. At its most dramatic, the Paulding Light has been described as splitting into multiple red orbs and traveling through the air.

Some visitors have gone as far as to describe a spotlight or lantern-shaped beam traveling directly at them. There have been reports from people hiking in the forest saying that they were engulfed in the light and even saw shadowy figures around them, leading them to believe the light may be a vortex or a portal to a world of spirits.

Theories about the origin of the light range from the supernatural to the extraterrestrial. Some viewers claim that the light emanates from the ghost of a trainman, brakeman or a wrongfully slaughtered dogsled musher. Others are certain that the source of the light comes from UFOs pulling electricity from local power lines.

Those with a lack of imagination may insist that the light comes from methane escaping the earth or lights from boats or cars reflecting off Lake Superior.

Jeremy Bos, a PhD candidate student in electrical engineering at Michigan Technological University, organized the investigation of the Paulding Light mystery, working with students in the University’s student chapter of SPIE, a professional society devoted to the study of optics and photonics, in 2010.

The Paulding Light is so captivating, it has enticed scientific investigators to locate its origin. While they hypothesized that an inversion layer created by the height of the geographic location is responsible for allowing viewers to see lights from the highway more than four miles away, the mystique of the Paulding Light is undeniable.

In the summer, it is not uncommon for attentive travelers to sit on the hill in lawn chairs and eagerly await the chance to have their own personal experience with this unique light source.

Regardless of its true origin story, the Paulding Light has brought thousands of visitors to explore its true nature over the decades. While it is true that scientists have tried to explain the light as merely an earthly phenomenon, visitors are invited to see it for themselves and make up their own minds.

K. Woodzick is a life-long theatre artist and has over a decade of experience as a non-profit marketing professional and writer. They live in Woodruff with their silver lab, River.